As per Section 2(17), Income Tax Act, 1961, the term ‘company’ includes any company, whether incorporated in India or outside India. In India, companies for taxation are classified into two, viz; domestic company and foreign company.

A domestic company or an Indian company concerning The Income Tax Act, 1961 is a company incorporated in India under The Companies Act, 2013 or any previous company law or a company liable for income tax. It has to pay tax on dividends, including preference shares dividend in India. It may be a public company or a private company.

A foreign company is generally understood as a company incorporated outside India. However, for income tax, it will be referred to as a company that is not a domestic company.

As discussed earlier, Income Tax is chargeable on all persons that fall under the definition of Section 2(17) of The Income Tax Act,1961.

In India, individuals are not mandatorily liable to file income tax returns unless they do not cross the basic exemption limits as prescribed by the Act mentioned above.

Even though individuals and companies fall under the same purview of persons under income tax, both are charged tax differently and liable to pay taxes differently due to their nature. While individuals are referred to as humans, companies are artificial persons governed by the law and are taxed as per Corporate Income Tax.

A company or a corporation is an artificial person. While the Board of Directors does the management of a company, the ownership of the company is in the hands of the shareholders. It makes the company form of organisation a separate legal entity.

While the domestic companies in India are taxed for their total income, whether earned in India or outside India, foreign companies are taxed only for the income they earn in India.

Income of a Company

Just like an individual, companies may also have income from various sources besides the revenue generated through their operations. The income of a company may include the following

Note: Companies can not be taxed under ‘Income From Salaries’ which is specifically for individuals.

Due Date for Filing Income Tax Returns for Companies

Any domestic company that declares a dividend to its shareholders is required to pay a tax on that dividend under section 115O, called Dividend Distribution Tax (DDT).

The rate of DDT is 15% plus surcharge and cess for shares.

DDT is also applicable on mutual funds at the rate of 25% plus surcharges and cess.

Alternative Minimum Tax is a tax structure designed with a vision that high-income taxpayers should pay at least a certain amount of tax, irrespective of the deductions claimed. Earlier, AMT was applicable only to corporate assesses, but now it applies to other assesses as well. However, individuals, HUFs, an association of persons, the body of individuals and artificial juridical persons may not be subject to AMT if their total income does not exceed INR 20 lakh.

It can be applied as an alternative to normal tax at the rate of 18.5% plus surcharges and cess. AMT is payable by an assessee only if the normal tax to be paid by the assessee is lower than the tax assessed under AMT.

Hope this article provides you with an insight into various aspects of corporate taxation. Domestic companies in India are taxed for all of the income earned during the previous financial year, whereas foreign companies are taxed only for the income they earn in India. DDT will be charged when a domestic company declares dividends. AMT is an alternate way of taxation wherein companies will have to pay a minimum amount of tax irrespective of the deductions claimed. 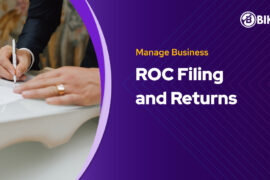