Costs are an inherent part of our lives, isn’t it? When buying something we check what it will cost us. Exchanging something, we see what we will receive against what we give. It is our core nature to check what benefits us.

Costs are a part of our households, daily lives and businesses. However, unlike others, the costs of businesses are accounted for, and hence they are to be understood in detail as they are an important part of any business.

In business, costs are divided into two parts.

Here, we will have a look at fixed costs.

“In the short run, all costs will be fixed.

In the longer run, all costs become variable.”

What is Fixed Cost?

In continuation of the above example, if you have a sales executive to whom you pay commission on sales that occurred through him, then such payment will be a variable cost and not a fixed cost.

1. Committed Costs – These are the costs that occur to provide and maintain facilities such as rents.

3. Discretionary Costs – These are the costs that are not directly related to the business operations and may occur at the discretion of the management. Such costs include bringing in new policies, conducting research etc.

4. Step Costs – As the name suggests, step costs stay constant for a certain period, and then they increase by a fixed amount.

1. Salaries – As seen in the example above, salaries paid to employees are fixed costs.

2. Rent – If you are running a business through a rented space, you will have to pay the rent to your landlord irrespective of the sales that occurred or the profits you have made.

4. Depreciation – Assets of a business are subject to depreciation and may be charged at a fixed rate on a yearly basis.

Average Fixed Cost (AFC) can be calculated as

Note – Fixed Cost is generally not measured in cost per unit, unlike variable cost.

Fixed Costs are indirect expenses related to the amount of production or output. As the name goes, they will be fixed or specific in amount. They are often preliminary expenses such as purchasing of capital assets, salaries, rents, insurance, etc. What determines the relation of cost to sales.

Fixed Costs are incurred to increase the operating efficiency of the production and other business systems processes. For example, buying computers or laptops for the admin department may also be a fixed cost.

The lower the fixed cost, the more the profits can be. Having said that, fixed cost initially is always high, and as the output increases, the average fixed costs will lower, thus increasing the profits.

Also, the fixed cost can be used for various business calculations such as the Break-Even Analysis and Operating leverages, and it is also the main component of Total Cost.

Example – the electricity cost of a business unit.

Overall, we can say that any business must understand its fixed costs since fixed costs may be in bulk and directly affect your organisation’s balance sheet. Proper knowledge of the same can help you identify the cost structure of your organisation and bring the necessary changes to it. In generic terms, it can be said that a fixed cost incurred with an on-point view can turn out to be an investment. 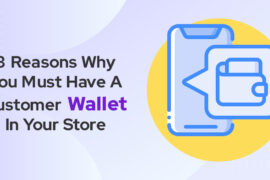 Digital Wallet Ecommerce: 3 Reasons Why You Must Have A Customer Wallet In Your Online Store 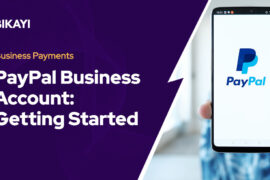 Yono business: What & How to register on SBI YONO Business app